Posted by A Puppet Opera at 2:03 PM No comments:

True confession of an English nerd: I have only read three novels by Charles Dickens—Great Expectations, A Christmas Carol and A Tale of Two Cities. I don’t want to give the impression I am unfamiliar with the works of Charles Dickens, girl, please. I have seen the Lionel Bart musical “Oliver!” a whole bunch of times in the late 80’s because my brother played an orphan in it, and also I watched the BBC adaptation of Bleak House twice, because I like the actress in the main role. But if you are counting actual books read, then yes, it’s just the three.

Now that I have been living in England for nearly fifteen years, this is starting to bother me. After all, many regard him as the greatest author of the Victorian era, a chronicler of social and environmental issues in an era that shaped so much of modern-day Britain and London in particular, the city I now call home. It is without question he created some of literature’s best-known characters, who were based on people he saw and knew walking alongside him on the street (any character that can stand up to being played by serious Shakespeareans as well as by Kermit the Frog is bulletproof in my book). Futhermore, his books remain incredibly popular, and when so many of his contemporaries have disappeared into the dusty basement corners of the library, I wanted to know why.

As an American, Dickens has always seemed opaque and twee to me. It’s not a world I can relate to, or people I understand. I can't picture the lives they lived, or the structures that held them in place. Yet, as I walk through London I know the streets are the same, many of the buildings also, and within the people I see shadows of many of those characters. As a resident of London, could I now relate to Dickens’ world? And if I could, what does Dickens' work tell me about life in modern Britain? The world he wrote about was a time of radical change, social upheaval and unthwarted ambition, which to be fair, sounds a lot like the world we know now. Are those stories still relevant? I suspect they are… But I can’t say for certain because as I said, I’ve only read the three books.

So my plan for 2017 is an epic one, to read the Dickens novels. All of them. In order. Ambitious? Probably, but it’s not like I’ve got anything else to do at this time (ha ha, funny joke!).

I started my epic project off by taking a little spin around the University of Santa Cruz’s masterful Dickens Project website, which seems a little more geared toward the serious academic Dickensian, but nevertheless is a treasure trove of information. Still, I’m not going to take the air out of this by turning it into a stodgy academic exercise; people read these books because they LOVED them, so I’m just going to read them without reading into them. Afterward I headed straight to the library to check out my first book, The Pickwick Papers, which was lolling about on the shelf (his first published collection was a compendium of short works called Sketches by Boz, which is available on Amazon, but not in my local library. I might come back to it at some point, but not just right now). By the way the copy I am now reading has been checked out fifteen times in the past five years, most recently in June. An hour later I’m thirty pages into it, and I can tell you it’s confirmed some of my worst fears: it’s about people and a society (a men's private club) that I know absolutely nothing about and have no access to, but I’m determined to nail it, partly because it features so prominently in one of my mostest favoritest books, Little Women. The book is due back to the library in three weeks, so I have my work cut out for me.

If you’d like to join along in my epic 2017 reading project, please leave a comment or send an email and I’ll sort out some kind of regular round-ups. Not a book club—I hate book clubs—but it might be fun to check in and keep each other motivated.
Posted by A Puppet Opera at 1:43 PM No comments: 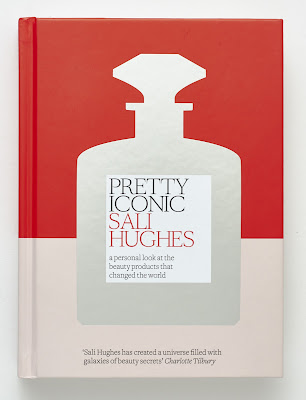 Is there anything more cheering than a best friend who loves cosmetics turning up at your place with her makeup bag? Playing at painting faces with a dirty martini at your elbow and Donna Summer blasting out of the stereo is the very best thing for curing what ails you. What if that best friend also worked in the industry and had access to the best, most covetable kit? Oh and wait, what if your best friend was also an irredeemable beauty nerd, as likely to be packing a favorite drugstore brand as well as the priciest designer favorites? I must impress on you that no, there is nothing more cheering than this. My most best friend Karen, makeup artist/makeup junkie, stylish lady and all around great dame, and I used to have magical evenings in front of the light-up mirror, trying a variety of new beauty products before hitting the town. It was Karen who bought me my first tube of properly red MAC lipstick, who introduced me to Lancôme mascara, Chanel perfume and Essie nail polish, it was because of Karen I dropped money I didn’t have on department store lipgloss and cult Korean skin care, and it was Karen and no one else whom I trusted to help me choose a lipstick to wear on my wedding day. Sadly, Karen and I now live on two different continents, so those happy evenings of makeup, magic and sympathy are well and truly over.

However, Santa knew that I needed a boost, and boy did he deliver, a BFF in book form—Ms. Sali Hughes’ terrific new makeup bible, Pretty Iconic. I know I am late to this party, the book came out many weeks ago, but having received it Christmas morning I finished it Boxing Day evening. It’s an encyclopedia of the most iconic beauty products, the best and most influential in the beauty world. From the evocative smell of Johnson’s Baby Lotion to the space-age serums and Swedish brands shaping the future, it’s a look not only at the products that shape the way we make faces today but at the formative (and transformative) role beauty plays in our lives. A rigorous tester Hughes goes beyond the hype and the buzz of a marketing campaign to judge the products on what they do, who they might be for, and how they have the power to soothe, comfort, and embolden the wearer. According to Hughes, red lipstick is not just a hunk of red wax in a tube: depending on the color base and your skin tone, it can be a magic potion to turn you from a poor grey ragamuffin into Cinderella.

I am a makeup junkie, yes, and discovering and rediscovering beauty buys was an undeniably fun part of reading this book, but what truly kept me turning pages was the trip down a makeup memory lane. Hughes' highly personal writing style is funny and engaging, whirling us through her own past to bathrooms where the “special” soap reserved for guests resided in a glass apothecary jar, vividly recreating the memory of the smell of a Max Factor powder compact wafting through the bottom deck of a city bus, the horror when she looked in the mirror to discover a Toni drugstore perm and the burn of Jolene creme bleach, events in a lifetime of beauty experimentation that most women my age must certainly recognize. I too had a MAC Spice lip pencil (which I saved up my wages from a crummy part-time job to buy and which looked terrible on me from start to finish) in my handbag on my first serious date. Ah, Sali, thanks for the memories.

It’s true, nothing can replace my best friend and her marvelous kit bag of makeup, but this comes about as close as a hardback book can. Read it, now.

Posted by A Puppet Opera at 8:59 PM No comments:

Ira Glass Explains it All For You

A little inspiration on a dreary, January day. Now get a cup of coffee, your notebook, and get to work.

Posted by A Puppet Opera at 4:16 PM No comments:

Email ThisBlogThis!Share to TwitterShare to FacebookShare to Pinterest
Labels: just me, working mommy 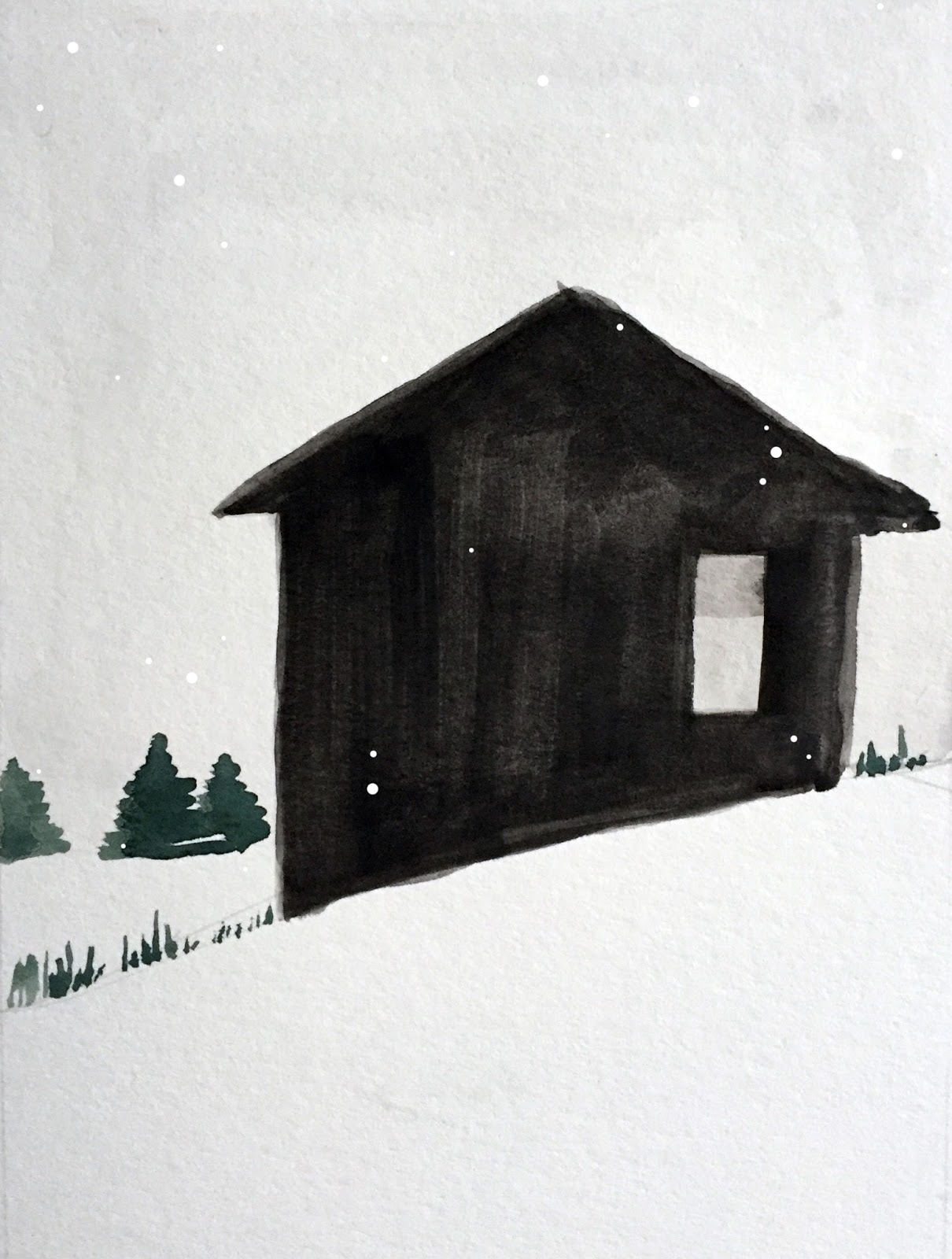 Thinking of the East coast and dreaming of snow.
Posted by A Puppet Opera at 9:55 AM No comments: