Well, hello there. We've met before, do you remember? My name's Sarah, and I run this blog.

So, I haven't posted in weeks. Get over it. Life's been busy. Things get in the way. And I just sliced the tip of my right thumb off with a mandoline while trying to make scalloped potatoes, so this posting (typing with 9 fingers) will be short.

Here is a list of what we've accomplished since I posted last:

Fourth of July. We celebrated. We had decorations. We ate hot dogs, potato salad, strawberry shortcake and beer. We even lit a miniature roman candle. And watched 1776. It was freaking awesome, apart from being surrounded by British people for the day. 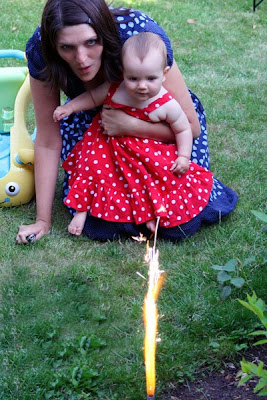 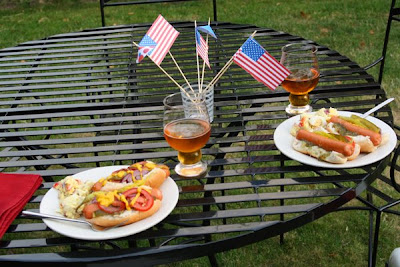 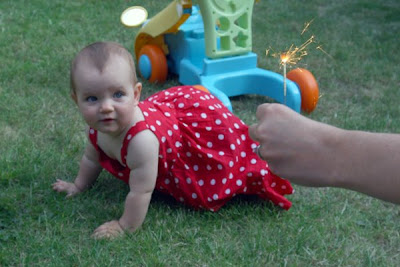 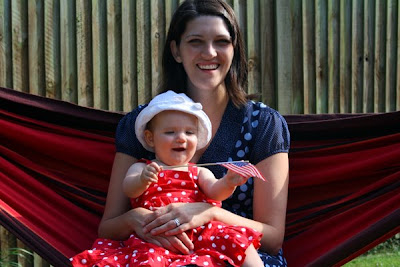 Paint. The kitchen is no longer the slimy Chi Chi's margarita-lime green it was when we moved in. It is now a pretty French vanilla.

Work. Four days with a trusted client doing good work for a government agency who needed the help. It's nice to be able to lend a hand!

Book. I have to come clean here and admit that a large part of the reason I haven't updated this blog in weeks is that every spare moment has been spent reading this amazing book by Elaine Showalter: 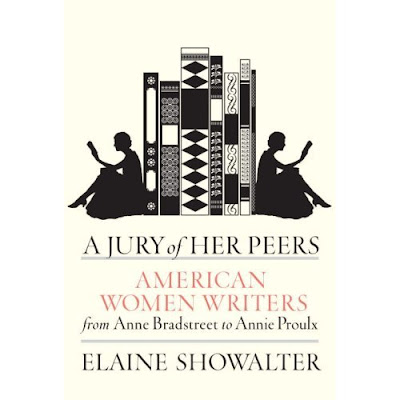 A comprehensive 608-page survey of American women writers from the 1650's up until the present day, Showalter has opened a door on the forgotten voices of American literature. She takes her title from a short story by a woman named Susan Glaspell, about a real crime in 1910. The story goes that a woman has murdered her husband, and when the authorities come to investigate the crime scene they bring their wives, who are gathering up things to take to the woman in jail. The men notice only the details of the crime, the rope, the scuffle, but the women notice details of the woman's life such as a half-full bag of sugar, a ripped shawl, a dead canary, that hint at a history of physical abuse between the couple. The story, which Glaspell later re-wrote as a successful play (Trifles) is now part of standard law-school texts about the contexts of crime. Did you know that? Did you know that Glaspell was also a bestselling novelist and Pulitzer prize winning playwright? No, me neither. Why not? Why has her voice been lost in the shadows of Hemingway, Fitzgerald, Eliot, Hawthorne, Whitman? Is her work any less worthy of attention?

In this impressive piece of scholarly study, Showalter introduces us to not only Glaspell but more than 250 American female writers in a narrative of immense scope and fascination. The writers in the book include not only famous and expected names (Harriet Beecher Stowe, Willa Cather, Dorothy Parker, Flannery O’Connor, Gwendolyn Brooks, Grace Paley, Toni Morrison, and Jodi Picoult among them), but also many who were once successful and acclaimed yet now are little known, from the early American best-selling novelist Catherine Sedgwick to Glaspell. These women have somehow been dropped from the canon of American literature, despite their strong contemporary presence and enduring influence on subsequent generations of writers. Why? I read the book in one breathless week-long sitting, and throughout its many pages was introduced to names and work hitherto unknown to me (and most people), and as a result I am feeling more inspired, energized, and alert to the world of letters than ever before. It's as if Showalter had introduced me to a whole family of cool sisters I never knew I had, and within their work, an entire world has been revealed. My Amazon wish list is brimful with novels and poems by writers I discovered through this book, and I am afraid there are not enough hours in the day to get through them all. A Jury of her Peers is an immense and awesome achievement; I encourage anyone who loves reading to check it out.

My half-thumb hurts. I'm going to stop now and give it a rest.
Posted by A Puppet Opera at 7:27 PM