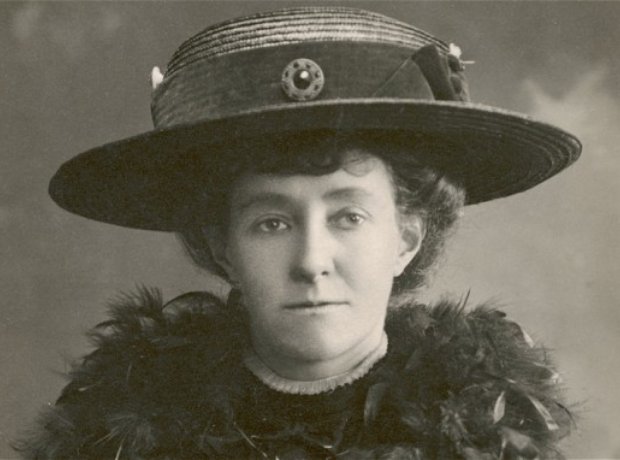 One hundred years ago today, an Oxford-educated governess named Emily Wilding Davison stepped out in front of King George V's horse at the Epsom Derby to draw attention to the cause of the Suffragettes, sustaining injuries that resulted in her death four days later. She had been jailed for Suffrage activism on nine occasions, and force-fed 49 times. On the eve of the 1911 UK census she hid in a cupboard in the Palace of Westminster overnight so that on the census form she could legitimately claim her residence as the "House of Commons". There were no other women rightfully present in the House of Commons until 1919 when the first elected female Member of Parliament, Viscountess Nancy Astor, took her seat. Incidentally, it would be eleven more years before Astor could have voted for herself; while women in the United States could legally vote in 1920, women in Britain were not granted the right to vote until 1928.

Whether you call yourself a feminist or not, we have Davison and her sisters to thank for not only giving women the ability to vote, but to to hold public office, own our own houses, buy our own cars, for making it legal for our paychecks to go into our own bank accounts, to choose whether to "lean in" or "lean out," and to make our own decisions for ourselves.

So in honor of this brave woman who was willing to give her own life for a cause she believed in, let us ensure her spirit of hope and defiance lives on. Let us not stand idly by while the man squashed next to us on the Tube ogles a Page 3 Girl, let us not ever miss the chance to vote, let us not allow Disney to sexualize its princesses, let us be paid equally and fairly for equal work, let us raise our daughters to be strong and good, let us not keep quiet and not make a fuss when an issue we care about crosses our paths. Let us be active, courageous citizens until all people, regardless of gender, can stand on equal footing. We are bright, proud, amazing women: let us stand tall, shout loudly, and be heard.

Photo from here
Posted by A Puppet Opera at 8:00 AM

Email ThisBlogThis!Share to TwitterShare to FacebookShare to Pinterest
Labels: culture, feminista, just me