Mutiny on the Bounty! 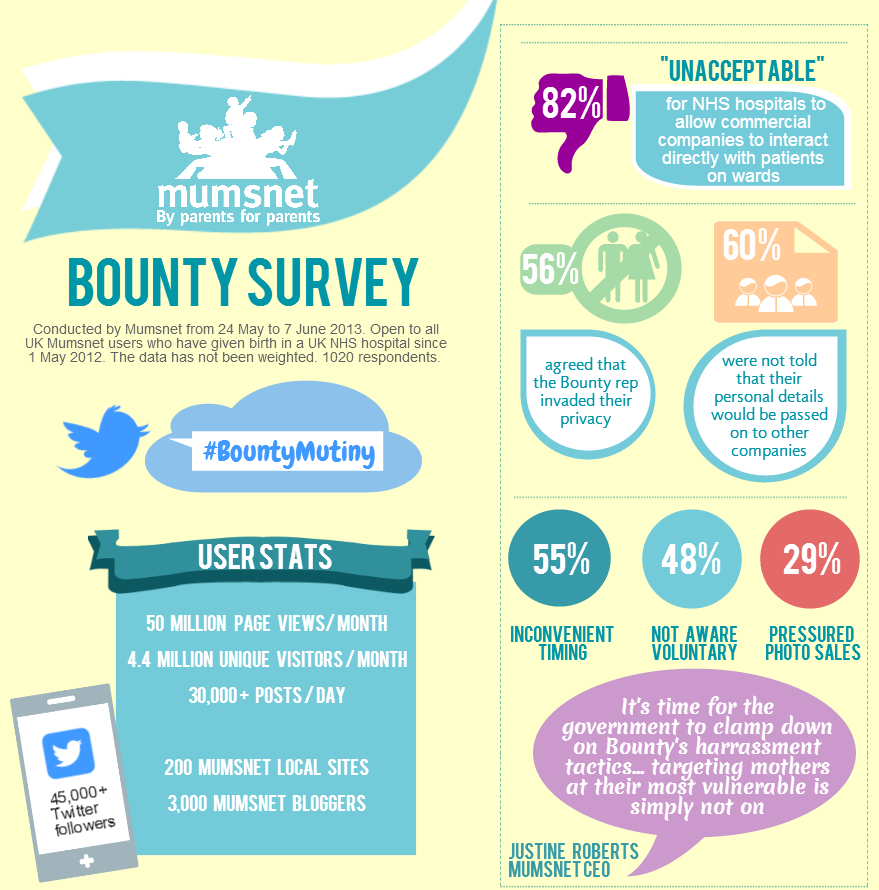 Just hours after I had given birth to my sweet little Isabelle, a stranger with a camera appeared at my bedside on the maternity ward, with no real introduction to who she was, asking for my tiny baby's details for her database and suggesting she take photos of my newborn baby (for a fee, of course), insisting that "they change so much at this age-- even hourly!" I politely declined (after all, I was in my pajamas and hadn't taken a shower since well before I'd gone into labor the previous day) and she became more insistent, to the point where I had to ask her to leave. I was confused, embarrassed and felt violated to have had a stranger by my bedside at this vulnerable moment. But when I found out this unwelcome visitor was a sales rep from Bounty, all those emotions turned to fiery rage.

The evil geniuses at Mumsnet have been conducting a nationwide survey of mothers who have given birth at UK hospitals in recent years to gauge their feelings about the Bounty sales reps prowling maternity wards to collect information for their marketing database. I was only too glad to participate in the study in hope of ending this appalling practice. Yes, I know NHS hospitals can use whatever cash Bounty wants to give them in exchange for adding a name to a mailing list, but to have a door-to-door salesman knocking at your hospital bed mere hours after you've given birth is disgustingly unacceptable. Thank goodness I had the presence of mind to send them away when they materialized at my bedside the morning after Billy was born, but there are a lot of mothers who don't. Enough's enough. It's time for Bounty to go home. You can learn more about the campaign and get involved here.
Posted by A Puppet Opera at 8:00 AM