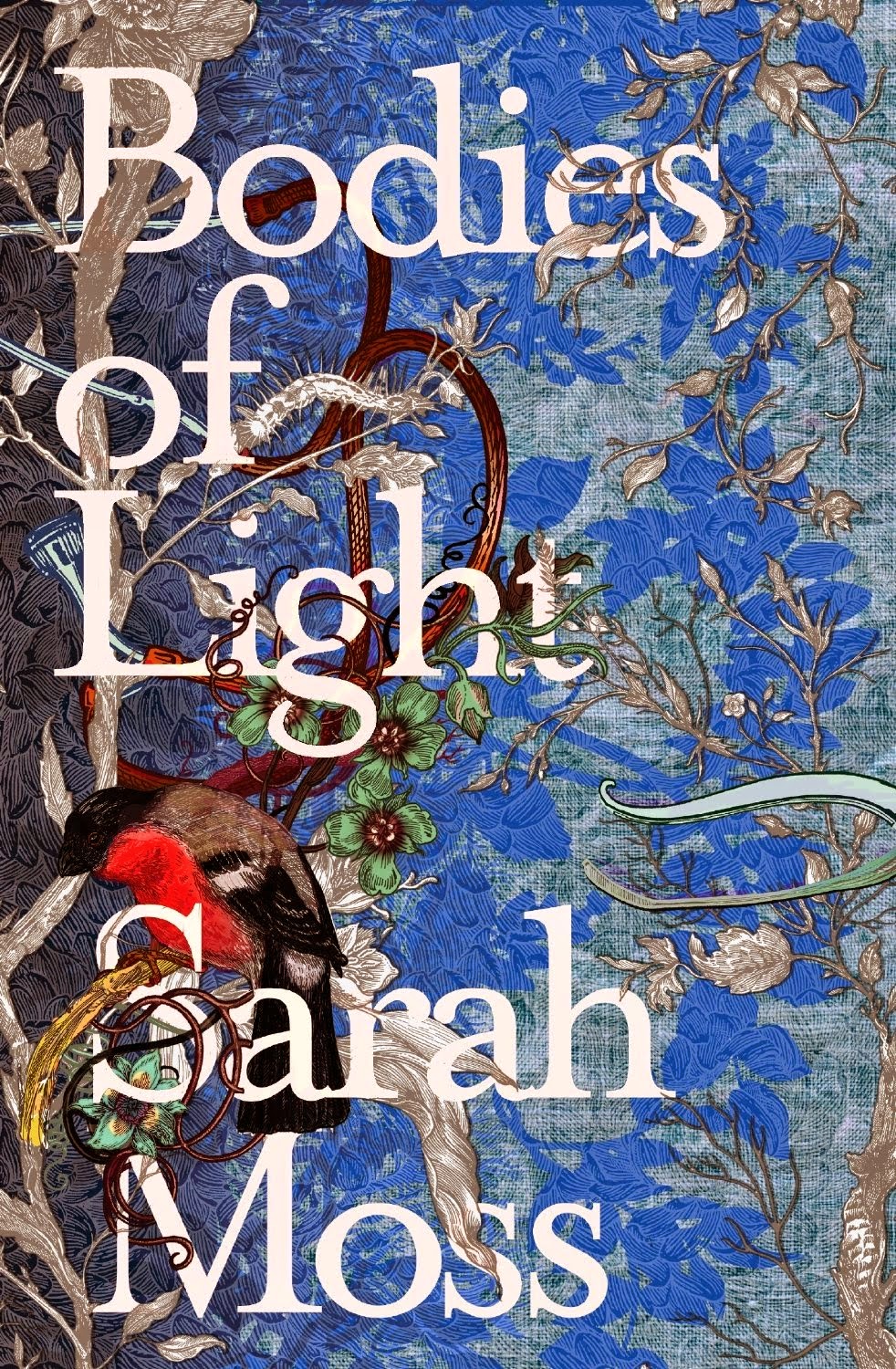 My Billy has a sniffle. His symptoms are runny nose, the occasional sneeze, and a propensity to whine. A quick whizz through WebMD tells me this is nothing to worry about. NHS Direct confirms that he is suffering from a summer cold. If he gets worse, I am to consult my doctor. But once upon a time, people like me wouldn’t have been able to consult a doctor unless I had money to pay for it. I wouldn’t know how to treat him myself because I wouldn’t have had the resources to do so, and I could never dream about learning how to care for sick people on my own, because once upon a time, doctoring was a profession left solely to men. But once upon a time, there were brave women who broke the mold and became doctors through sheer bloody-mindedness, and it is one of these women who is at the center of Sarah Moss’s new novel, Bodies of Light.

The book tells the story of the Moberley family, father Alfred a prominent artist, mother Elizabeth a staunch protector of women’s causes and the betterment of the poor (you can see a variation of this character in Dickens’ Mrs. Jellaby), and their two daughters May (a central character in Moss’ previous book Night Waking) and Ally.

The plot of Bodies of Light belongs to Ally, but it is the story of her mother that haunts every passage. Raised by a zealous social campaigner herself, Elizabeth Moberley lives her life by a virtuous regimen of self-discipline and rigid control. Each small attempt at feeling is squashed: excitement, hunger and fear all conquered with the most Victorian of punishments—a stone in the shoe, candle burns at the elbow, a pauper’s dinner. At the Moberley house pain is borne without complaint, the remedy for illness is hard work, and the spirit is focused so tightly on the clear light of righteousness that all else becomes darkness. When Ally’s childhood nightmares threaten to get the better of her Elizabeth forces her out of the bedroom and to sleep on the cold floor of the attic. Ally's recurrent asthma attacks are conquered with a strict regimen of pre-dawn cleaning and fire-building in order that she may sweep and scrub her way out of a nervous disposition. For daring to enjoy her birthday, her unopened gifts are bundled off to the children’s hospital. Indeed, if Elizabeth had not such a commitment to her work for the betterment of the most dismal of Manchester’s poor we could easily read her as a monster, but if her own reforming drive came of such a grim upbringing, we can see she has reason to teach her daughters the same perverse discipline.

Meanwhile, Ally's artist father Alfred and his pre-Raphaelite circle muffle themselves in rich velvets and hand-painted wallpaper. The very sight of a cabriolet table leg gives them the vapors and it is with cakes, treats and silk shawls they celebrate minor triumphs. Alfred transforms his living daughters into celebrated allegories, capturing them as nymphs and sprites. He paints Elizabeth as the Virgin Mary, Ally as Proserpina going into hell, May as a light and dancing fairy. In his compulsion to mythologize his women, Alfred is truly unable to understand the grim picture of their very real lives going on around him.

At last, clever, studious, hard-working Ally breaks free from her parents to study as a medical student, becoming, in 1880, one of the first women physicians in Britain, a path she chooses because its difficulty will surely make clear the path to heaven. The fictional Ally and her small band of peers, based on the real-life “Edinburgh Seven,” become the first British women to bear the name “Doctor,” the first to earn medical degrees and legally practice medicine. Moss deftly portrays their daily battles to undertake surgical stitching rather than embroidery, to wield a scalpel rather than a kitchen knife, the unbearable weight of performing well not simply for themselves, but as examples for their entire sex. When finally Ally triumphs she is so unaccustomed to happiness she has no idea how to celebrate her achievement. Her parents, far away in Manchester, send no gifts, no cards, merely acknowledge the end of a long, hard, road of struggle, rather than applauding it. Like her mother and grandmother before her, Ally at last stands on a solitary road facing a stormy future of her own making.

What is special about this book is that it is a very modern story told in a meticulously researched historical setting. What we take as rights for granted now, were, at one time, a struggle for most women. A character reminds another that “he is prosperous, he is male, the world is his. He must take responsibility for his choices when so many others have none.” And yet, spoiled for choice in our very modern age, how do we use it to our advantage? Would we make as much of so little as Ally and her peers had done, and what would have happened if they didn’t make life hard for themselves so that we could have it so easy?