Top ten reasons why I will never read a book by Dan Brown:

I saw this morning that Dan Brown's latest potboiler is on the shelves at my local grocery store, which probably means its at real bookstores too... and I'm guessing we'll start to see it under the arms of commuters everywhere not long from now. So, Mr. Brown, if you're reading this, I thought you might be curious if I was going to take a flip through. Is this the one that will break my fatwa against Dan Brown books? No, sir, I prefer not to. And this is why:

1. Because I have only so many minutes available to me in this lifetime.

3. Because this is rocking my world right now: 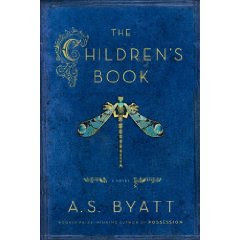 4. Tom Hanks' hairdo in the movies. You just can't trust a protagonist with a mullet, and even though a mullet-y hairstyle is not (I assume) made explicit in the books, you just know it's there...

5. Because they're written at an eighth-grade reading level. No kidding.

6. Because I really don't care that the Church is keeping secrets. Or that history is. If I really wanted to know The Truth, then I would listen to late-night talk radio.

7. Because the Booker Shortlist has just been announced.

9. Cuz I don't care what he says; he stole that plot from those two dudes.

10. Because the e-book has already outsold the actual book. Seems to me that The Lost Symbol is a book for people who don't like books. Or reading. Or anything.

So there you go. Put that in your pipe and smoke it.
Posted by A Puppet Opera at 2:17 PM

Email ThisBlogThis!Share to TwitterShare to FacebookShare to Pinterest
Labels: library