So, you guys know how I like to save money, right? Who doesn't, in these troubled economic times? A couple of weeks ago, when Jules was out of town, I thought I'd see how many meals I could squeeze out of one chicken, both to save on dough but also to save myself having to run to the store every night. And the answer, ladies and germs, is that I got 9 full meals for Isabelle and myself out of one six-pound free range organic chicken. Here they are, in all their glorious detail:

Here's the original chicken, roasted using Martha Stewart's Perfect Roast Chicken recipe. The lady does not lie; this is one delicious bird: 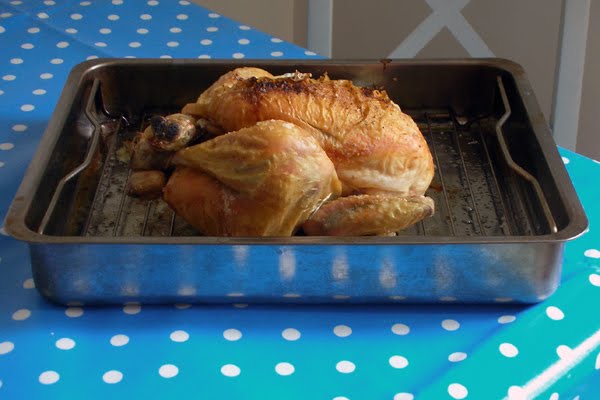 The next step was to strip the carcass and make stock from the bones. Meal number 2 was a yummy avgolemono soup: 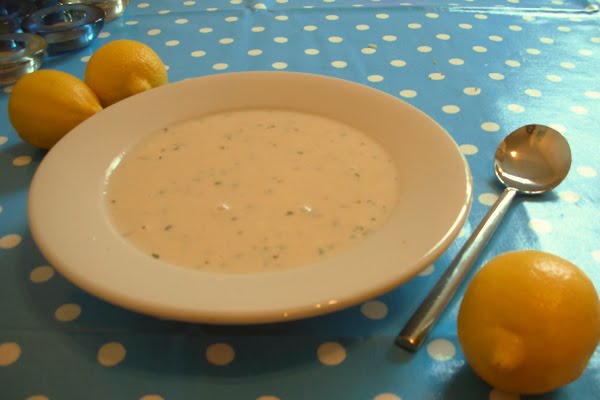 The soup recipe comes from my favorite cookbook, The Silver Palate Cookbook, which just celebrated its 25th anniversary. You can buy it from their website or amazon.com 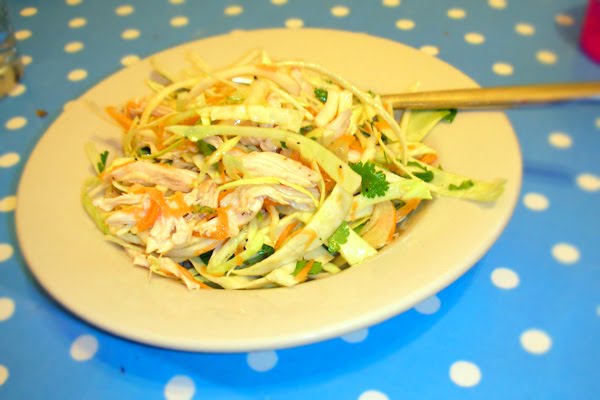 It's super easy and sooooooooooooooo delicious: shred cooked chicken, add to shredded, cabbage and carrot, toss with special spicy dressing (onion, garlic, fish sauce, chili, palm sugar), and mix in handfuls of fresh, chopped coriander. Notice how there is no fat anywhere in this salad, which makes it not only tasty but healthy. It's absolutely one of my favorite meals ever, and I try to make it as often as I can. It's worth roasting a chicken for.

For meal number four we went to the robust lands of Tuscany for this Tuscan white bean and kale soup, another Martha Stewart recipe: 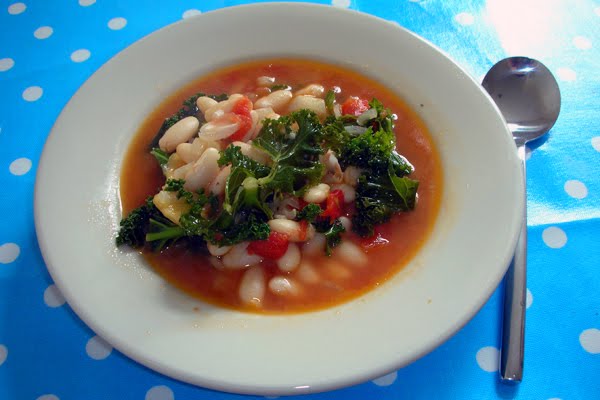 Meal number five, another Nigella recipe, spicy chicken peanut noodle salad, but this one was from her TV show (Nigella's Fast Food), and I don't have attribution for it. It's just a dressed up version of a cold sesame noodle salad. Soooo good! 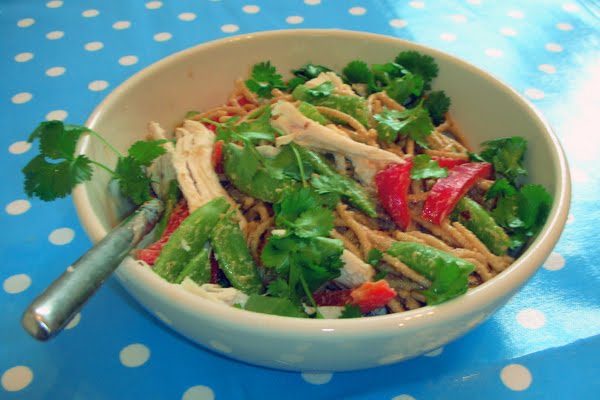 Meal number six was a humble chicken sandwich (the king of sandwiches, in my opinion): 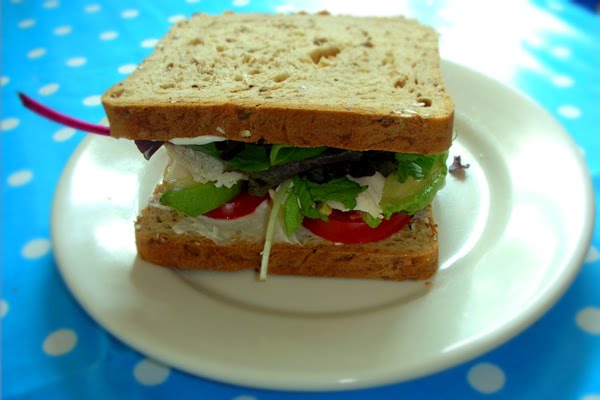 And finally (remember, this is almost a week after the original chicken), we finished up with a big pot of chicken and dumplings utilizing all the leftover stringy bits, some stock, and a leaf from our hated bay tree: 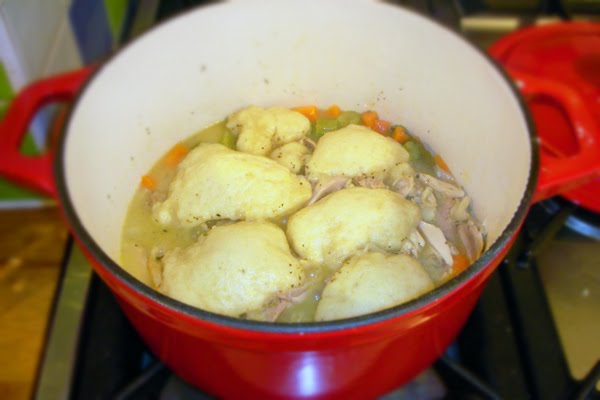 But Sarah, you say. That's only seven recipes... Well in fact we had enough chicken and dumplings to have them again for lunch the next day, and we also had a generous amount of leftover bean soup, which padded that old chick-a-doodle-do out to a total of nine hearty meals. Nine! For about what we'd spend on one round of takeout from the burger place in Ealing.

What did I learn from my experiment with leftovers? Well, for one thing, it was a huge money saver, but yeah, I did have to plan out my menu a week in advance. And it wouldn't have been such a money saver without all the great pantry ingredients and herbs I already had at home. I know that for some people Vietnamese fish sauce is not a staple and would have added to the grocery bill, but we always keep a bottle on hand. I also learned that leftovers don't have to be boring! It was nice to have the roast chicken, but I didn't want to have it a second meal in a row. I was definitely happy to bash up that bird and make some other recipes out of it, and I do have enough lovely stock for at least two more pots of soup. I also liked the challenge of being more creative with my cooking when one of the ingredients (leftover chicken) was a given. So in short, I'm going to try this again, but with a different base meat. Hopefully Isabelle really likes the taste of ham...
Posted by A Puppet Opera at 11:55 AM

Email ThisBlogThis!Share to TwitterShare to FacebookShare to Pinterest
Labels: kuchen

Enjoying your blog and really hungry for chicken right now.