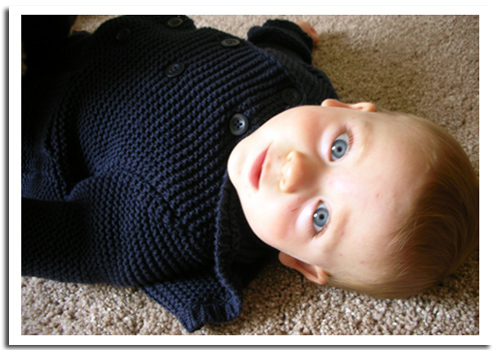 Okay, I know it's now ten days after Billy's nine month birthday, but you would not believe how crazy busy I have been. Seriously, it's been like a runaway train around here..... but without further ado, here he is, Mr. Nine-and-counting. Milestones this month include: sitting up unassisted, FOUR new teeth, an expanding palate of solid foods (including bacon) and moving! He can't q-u-i-t-e crawl yet, but he does a hilarious little GI Joe belly slide that has to be seen to be believed.

Another milestone we are anxious to forget is the chickenpox. Both Isabelle and Billy had a proper dose, and even though they weathered it with grace and dignity, we are very glad to be done with them. He'll be mad when he finds out I posted this photo, but here's a picture of him with the pox: 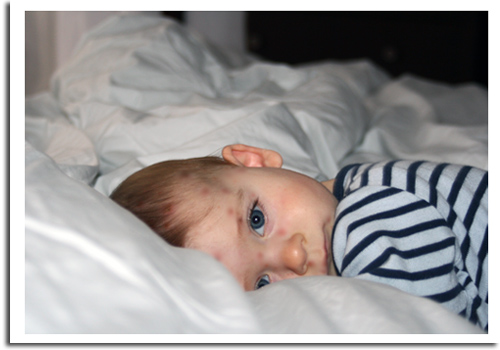 Isn't that a sweet photo? What would you say when I tell you that Isabelle took it? Well she did! No kidding! She's a whiz with daddy's camera already at the tender age of four. What a superstar.