Starlight in a bottle 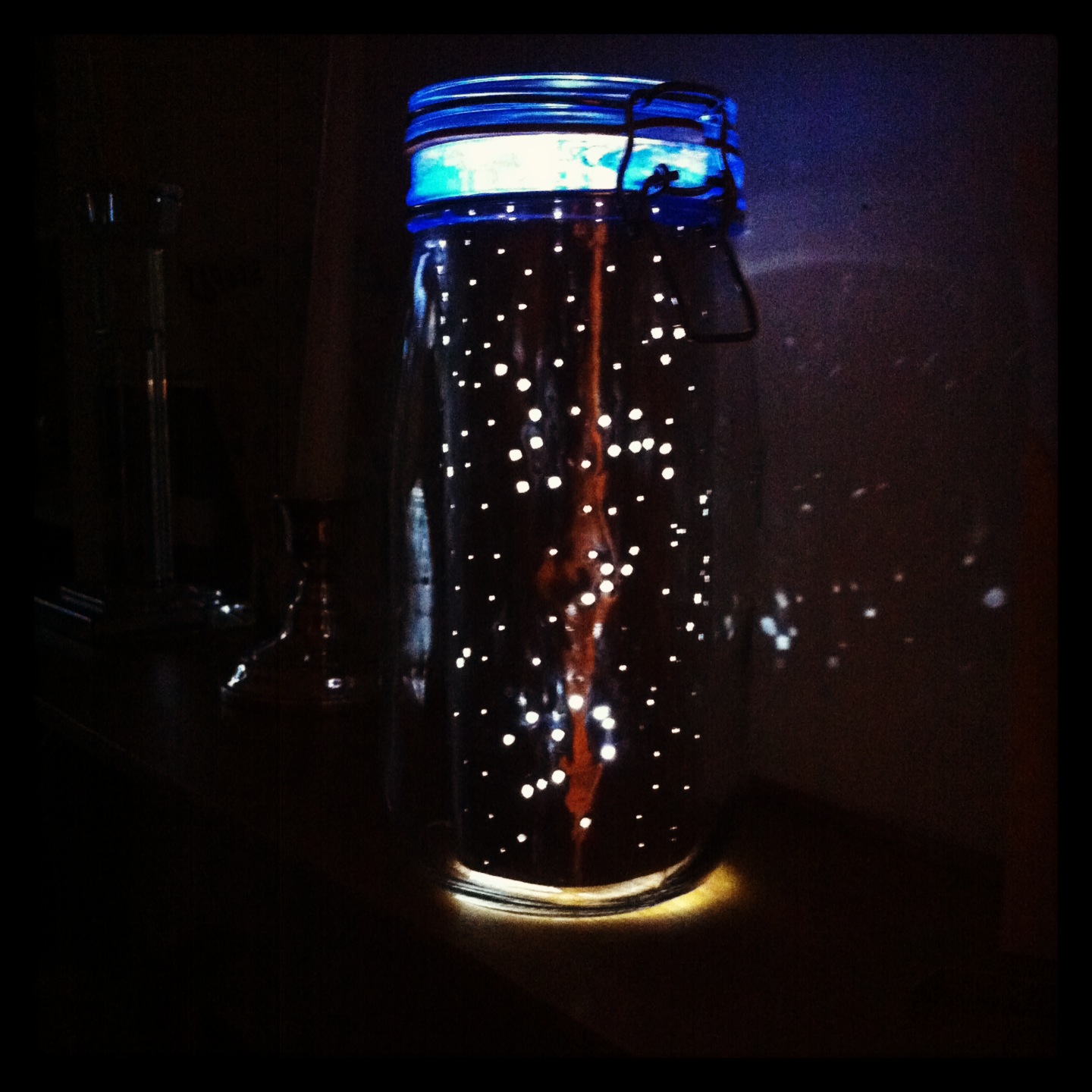 I spotted this very cool tutorial over on Design Mom the other day, for making a jar filled with constellations, so I decided to whip one up as a nightlight for my troubled sleeper Billy's room. It took about half an hour from start to finish, and is made with materials I already had lying around the house. Since we live in a city with (mostly) cloudy skies, stargazing for us is usually not an option, so it was fun to bottle a little starlight and bring it into his bedroom. Isabelle liked the effect so much, she asked for one in her room, so as soon as we finish our current jar of pickles, she'll have one! I freehanded the constellations (yes, they're ones you can definitely spot from a backyard in Illinois like the Big/Little Dipper and Orion), and added some extra holes for twinkle twinkle little stars but it looks adorable when it's turned on. Have a go and enjoy bedroom stargazing!

Safety note: this is a fun project for an ADULT to tackle: I sliced up my finger pretty badly on the cut edge of the tin foil, so I don't recommend allowing little hands anywhere near this one.
Posted by A Puppet Opera at 1:51 PM