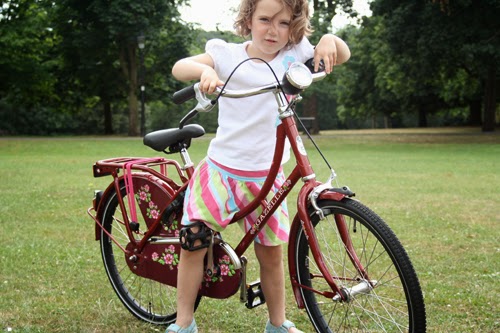 Isabelle turns six on Monday. Six! Our baby has turned into a big girl. While I'm excited about her birthday and looking forward to this new chapter in our lives, I'm also extremely nervous about what the next years will bring. In the terrific teens, Isabelle will have to make a lot of choices that never would have occurred to me, and the consequences will have implications not simply within her circle of family or friends, but within the context of our globalized, interconnected society. And let's be honest, that's a bit scary.

So I was excited to learn about a survey of 2,000 members of UK's iGeneration (kids aged 8-14 years old), commissioned by Fun Kids Radio this June, which revealed that kids of that age take more control of their lives than we (their poor, beleaguered parents) are aware of. No way? Yes way. Every week the news is full of stories of parents worrying about issues affecting their kids, but Fun Kids Radio actually asked the kids themselves what they thought about topics ranging from money to social issues to politics.

And you know what? They think the same things we do, and it's awesome. One in ten says overly sexy pop videos make them feel uncomfortable, and a third of them think pop stars should set a better example for the kids who admire them. A third of them know they should turn off the Playstation and spend more time outside, a third don't care if toys are labeled for boys or girls, and a whopping 85 percent of them think toys should be gender neutral (yes! throw, throw, throw away those stupid pink garden tools!). And most importantly, when asked about what is important to them, kids would rather be happy, kind and have a loving family than be popular, famous or pretty.

On the basis of finding that children as young as eight are well-informed, mindful of their behavior and have strong opinions, the report highlights how key decision makers in kids' lives should consider giving this unrepresented demographic more of a voice within society, and more autonomy when decisions concerning their future are made.

But I'm going to put the challenge out there to kids as well: just because you are underrepresented doesn't mean you don't have a voice. Turn off the TV and talk to your parents, make them understand you have opinions about things, and that those opinions matter. Nobody is going to rock this world like you can, so let's get down to business.

To learn more about this survey and read the full report, visit the site at Fun Kids Live.
Posted by A Puppet Opera at 8:00 AM