The Big Reveal: Outside Toilette

We knew it when we moved in, but one undeniable feature of our 1905 Edwardian terrace house is the crummy bathrooms. Those of us writing this blog who did not grow up in England have been continually annoyed about the indoor bathrooms where the toilet is in a separate room to the sink (gross!) and bathtub; and the additional bathroom on the ground floor, which is OUTSIDE THE HOUSE. Yes, Americans, we have an outside toilet. No heat, no electricity, and the possibility of being rained on when you have to go.

But still, it's a second bathroom, and so recently I got a bee in my bonnet about making it a bit more usable. Here is the shocking outhouse-y before state. Note that it didn't even have a place to put the toilet paper, and there are nasty spiderwebs and bugs everywhere (because it's outside): 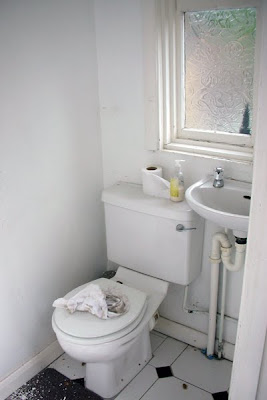 And here is the swishier "garden toilette" after: 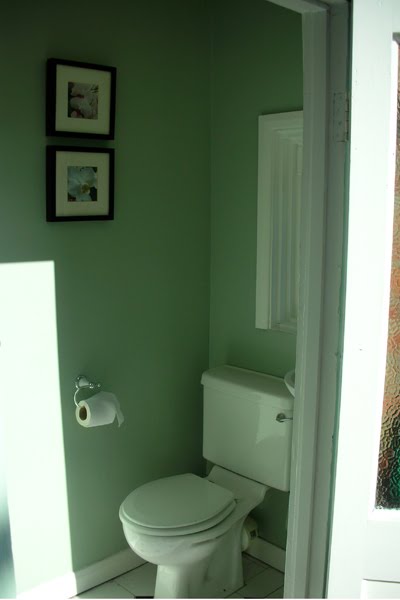 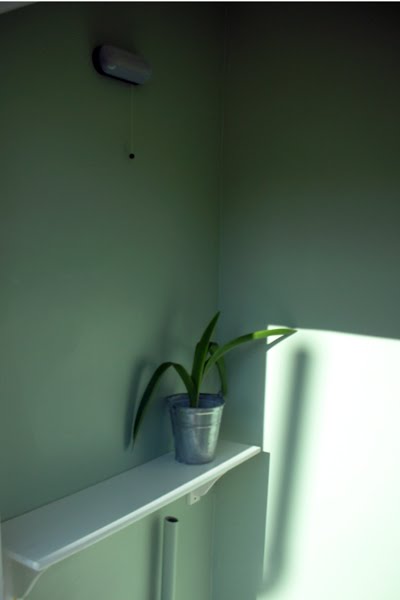 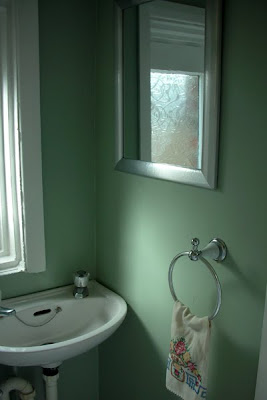 The silvery-sage paint makes the room seem (weirdly) warmer, and I like the way contrast of the crisp white paint picks out what little details there are in the room. A new mirror, silver accessories and botanical photos (did I mention it's outside?) make the loo a bit more elegant, and sometime in the future we'll add a couple more plants and pictures in there to jazz it up a bit more (because it receives good light, I do use it to overwinter some tender plants). But the best new feature of all is the small solar powered light (second photo) that doesn't require connection to mains voltage, and which will allow us to see where we're going after the sun goes down. It's a little utilitarian-looking now, but maybe we'll be able to disguise it with a linen shade and still get the full benefit of its powers.

So what do you think? Eeek to chic? Do tell.
Posted by A Puppet Opera at 8:00 AM