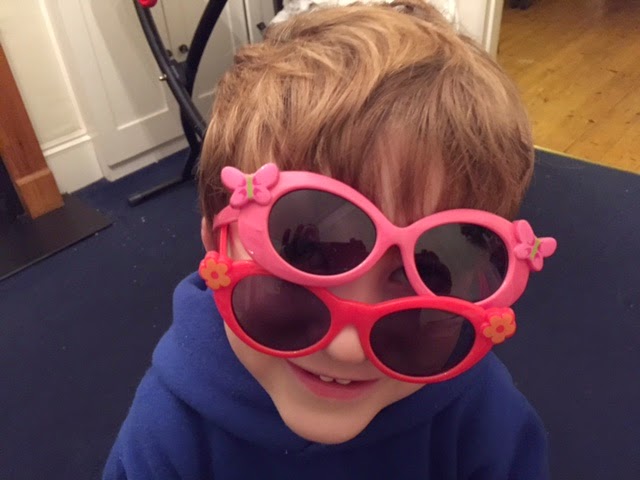 Is it a second-child thing? As Mr. B rounds out the days after his third birthday, it's become much more noticeable to us that his speech isn't as clear as his older sister's. Most annoyingly, he does this weird little "whisper talk" thing, where he speaks at a barely audible volume and vocalizes only fragments of words, mainly at a time (say, 3AM?) or a place when there is something he needs or wants, but doesn't want to ask for it aloud. Anyway, speech. He can speak, but it's very hard to understand.


So it was with great interest I happened upon this article in the recent issue of the New Yorker about a program in Providence, RI, to get parents to talk with their young children--not only talk to, but have a conversation with--in order to boost language and IQ skills in under-threes. I was upset to recognize  my own behavior in the descriptions of some of the families: we take care of Mr. B, feed him well and dress him properly, but I know that most of our verbal interaction with him is crabbing about not jumping on the sofa or dropping his fork at the table. Very rarely do we prompt him or encourage him to talk, and I can see now where we're going wrong. Maybe we're just too tired to talk... or maybe we're wrung out from talking to Issy... or maybe it's just because it's boring. This won't come as a surprise to anyone, but childcare is dull, children's books are repetitive, colors and shapes on the farm are a bit, I don't know, meh. Whatever the reason why we haven't been talking enough with B, I realize that's not great. But now I know what we can do to boost his conversational skills (repeating, verifying, asking questions, extrapolating), I'm going to make it a personal goal to help Billy reach the thirty million words I know he is capable of.
Posted by A Puppet Opera at 11:56 AM